Hudson Velo at the Finish of VeloSano 2.0 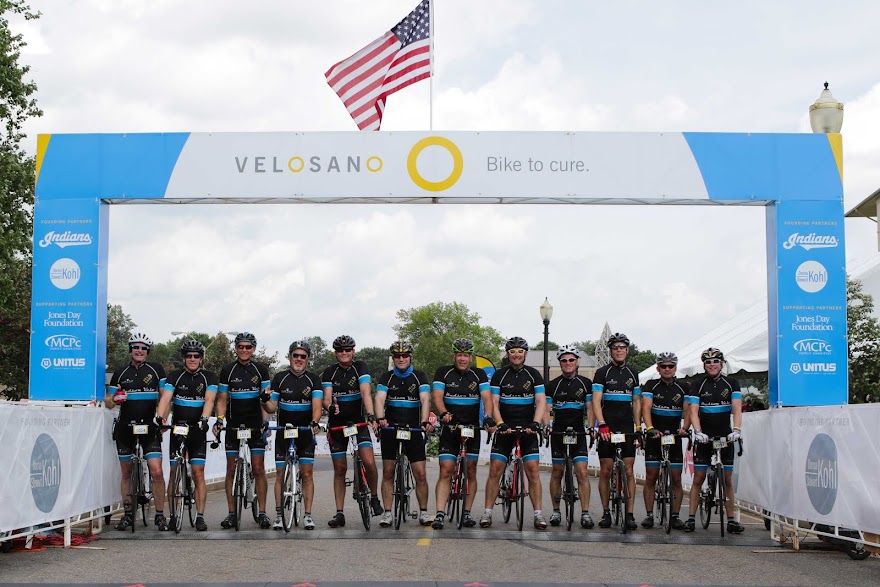 3 Feet and where to ride in the lane

These bill boards are appearing around Cincinnati where local laws have been passed to better protect cyclists.  Notice the car legally crossing the double yellow line in order to pass the slow moving vehicle (cyclist).

It is bike season and yesterday was National Bike to Work day.  It was my 8th day of commuting this year to my employer, Nestle, where we have a fully supported bike to work program.  This inevitably brings into play all the intricacies of riding on roads with cars during the rush hour commute.  A recent article in the Plain Dealer on-line naturally was riddled with 116 comments following the article.  I read them all with nothing new being learned except that some motorists highly dislike bikes being on the road and have a lack of knowledge about the rules of the road regarding cyclists   The other point to make in order to be fair is that a good number of cyclists do not follow the law when riding and make the issue more difficult by losing respect from drivers.

The law currently requires cyclists to ride as close to the right side of the road as practicable.  It also allows for the cyclist to move toward the middle of the lane in order to avoid surface hazards or to take the lane when it is too narrow for a car to pass safely.  On a commute from Hudson to Solon that is actually most of the way there on Liberty Rd. where there is very little room to pass.  On a recent ride with Hudson Velo Club we were riding south on Liberty Rd. near the boarder of Solon and Twinsburg and where the road takes some turns and presents blind corners, I took the lane to avoid a pinch point situation with the trailing autos.  My fellow riders commented that I was crazy or a little too aggressive. I replied that I was asserting my rights and actually making it safer for both car and rider as it was clear that they could not squeeze through on a blind turn and then get surprised by a car and have to come into my path.

Both drivers and riders need to respect the law and each other.  When I am riding and a car goes all the way into the other lane to pass me, I have adopted a Shaker Cycling riders motto of give a wave.  I hope I will be giving more waves in the future as both cyclists and drivers learn to ride in harmony together on our shared roads.
Posted by Michael at 3:44 AM

To learn more about riding with Hudson Velo, go to our new site: www.hudsonvelo.org If you prefer you can send a note to michael.coburn7@yahoo.com. Tell us how you found out about the group.

Our Club on Strava

Wednesdays at 6 p.m. from North End for 30-35 miles followed by discount beer and Kobe burgers, Saturday's at 8:00 a.m. and Sunday mornings at 8:00 a.m. are our current ride times meet at Caribou Coffee in Hudson, OH. These times are for the Memorial Day through Labor Day periods. All are welcome for our 30-60 mile rides at avg pace of 17 mph including hills. Join our yahoo group at hudsonveloclub or our email list by contacting michael.coburn7@yahoo.com for additional ride postings.